Assessing Bolton’s Owners – One Year On 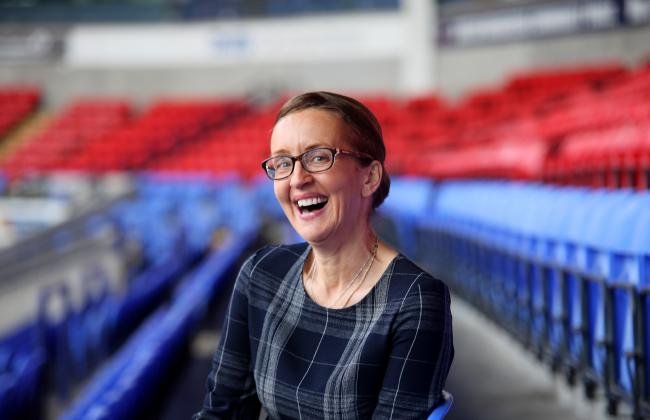 It was slightly over a year now since Football Ventures took over Bolton Wanderers, but it was a year today that the first big call was made when Keith Hill was appointed just hours after the 5-0 defeat at Gillingham. So today would be a good time to assess their first year in charge.

It depends how you judge this. Without hindsight, they’ve done reasonably well. Keith Hill categorically didn’t work out, but there were few realistic candidates a year ago given our situation and we were able to appoint someone who had lower league success and play an attractive type of football. There wasn’t a mass outcry when he was initially appointed. One year on, there’s a lot of excitement as we get ready for Ian Evatt’s opening competitive game, let’s just hope he can deliver on the pitch. If Evatt did flop (not for a second I seriously think he will) then questions may be asked, but the philosophy seems sound.

You can’t accuse Football Ventures of not backing their managers so far. Even though we’re acting under restrictions imposed because of the previous regime, we’ve brought in 15 players (and we may not have stopped there) this summer, and 19 over the course of last season. Of course, we’ve sort of had to sign big numbers due to the amount of players that have left in the first place, but in particular the early moves for Antoni Sarcevic and Eoin Doyle this summer show intent.

In some regards, it’s good that our recruitment and football structure seems to have been dragged back into the 21st century. We were innovators during the Big Sam years, but for various reasons that went backwards in the years after, due to either the way of thinking of those in charge, or the financial gutting of the club. Now we’ve got a Head of Football Operations in Tobias Phoenix, and Evatt is the first boss in Wanderers’ history to have the Head Coach title. That sort of modern structure is the way to go, and if done right should keep things stable even if Evatt doesn’t work out, or does too well and ends up moving onto bigger things

I’m still not sure on Phoenix himself, I just don’t know enough about him, while I’m not even sure what Peter Kenyon is doing exactly, beyond the vague notion of advising. The move to downgrade the academy is a huge shame too, although finances, and the hope of getting players aged 18-23 into first team football, whether it be here or on loan elsewhere, probably accelerated that decision.

The pandemic won’t have helped things here – the one big plus so far is that the players have been paid on time, even by the same stage of He Who Should Not Be Named’s spell there were already players reporting bonuses not being paid up. Elsewhere, football creditors have been paid, the administrators are being paid over installments, while £3.5 million to unsecured creditors has to be paid by next August to avoid a points penalty. Ideally, we wouldn’t have these millstones around our neck still, but we knew Football Ventures weren’t made of money and they do seem on top of things. Whether they have managed to attract additional outside investment still remains unknown.

Connection with the supporters

A massive plus in contrast to previous seasons, and illustrated that we’ve already sold more than 6,000 season tickets, when there’s not even cast-iron guarantee of when we can be back in the stadium.

A good first year, it could have been better on the pitch, but it’s always a hard task to keep the side in League One from that position. The lockdown and season curtailment probably came at good time when there was a tinge of apathy coming in, but the appointment of Ian Evatt and the summer dealings have really got people excited. Off the pitch, things have been stabilised and some sort of footballing structure has been introduced. Having a few extra quid in the bank would be reassuring, but it would be hard to see us in better hands at this moment in time.