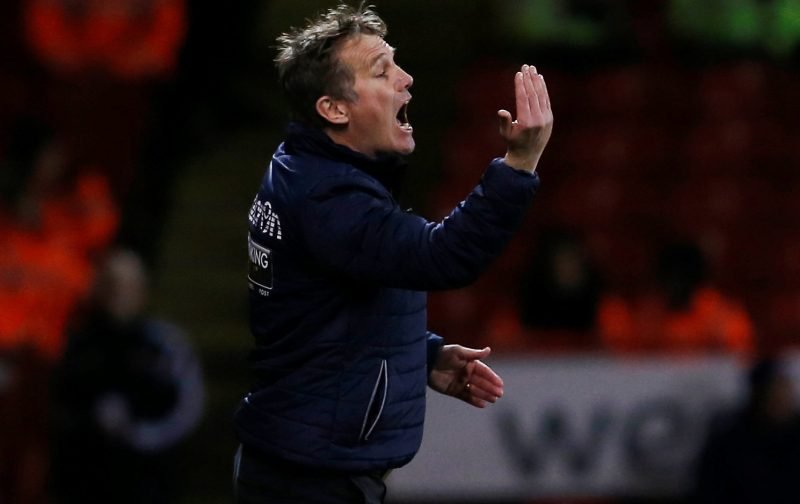 Bolton aim to avoid a second winless month in succession tonight as they head to Sheffield Wednesday.

It’s also Lancashire Day today, so a win against a Yorkshire club would be quite nice. In more important matters though, Wanderers need to get out of the bottom three, while tonight’s opponents are being slowly dragged into the dogfight.

???? On camera. Wanderers boss Phil Parkinson spoke to https://t.co/oVVl0dtnLo ahead of today's @SkyBetChamp away fixture at @swfc.

Josh Magennis and Will Buckley both came off with knocks at the weekend. Phil Parkinson claims that they came off at the right time though, with tonight’s team picked accordingly from a “big squad.” Stephen Ireland is unlikely to be in contention for a place in the 18-man squad tonight.

For Wednesday, Steven Fletcher could return from a knee injury, but Sam Winnall, Kieran Lee, Gary Hooper and Joost van Aken are all missing.

The midfielder doesn’t do tap-ins. Not a prolific goalscorer in the past, he scored a few more this term, but the quality has remained there, examples including his effort from range against Leeds, and a lovely volley in a defeat at home to Middlesbrough. Don’t let him shoot.

Since we started regularly playing at Hillsborough again after dropping out of the Premier League, we’ve lost on just one of our five trips, winning three of them. Last season’s fixture saw Aaron Wilbraham score an injury-time equaliser. He didn’t do anything else for us, did he?

Our eight games without a win is the longest run out of any Championship club at the moment.

Phil Parkinson has faced Sheffield Wednesday in the league nine times, and has an excellent record, winning six, drawing two and losing just once.

Bolton would go above Sheffield Wednesday in the table if they could win by more than one goal. I do appreciate that means us scoring twice.

Sheffield Wednesday have only won twice at home all season, both coming back in August.

Wait for it…the run ends here. We seem to give a good account of ourselves when we go to Hillsborough, and they’re in poor form themselves. Something has to give. 1-0 to Bolton.

Wigan at home on Saturday, followed by a trip to Norwich a weekend later.