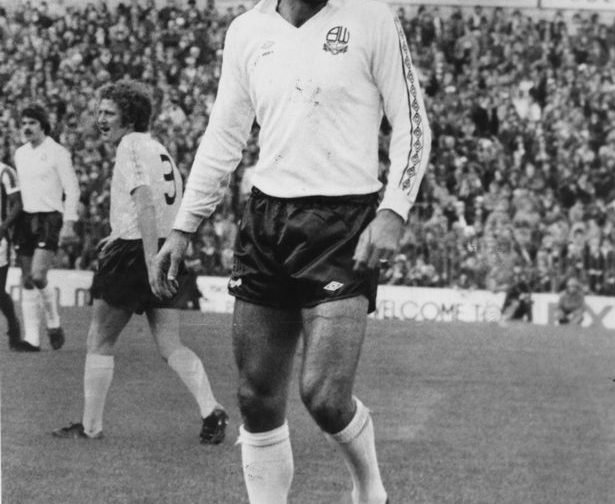 Bolton Wanderers has lost an icon, with the passing of Frank Worthington at the age of 72, announced this morning.

Worthington had been ill for a long time, in a statement his wife Carol said, “Frank brought joy to so many people throughout his career and in his private life. He will be greatly missed by everyone who loved him so much.”

No matter what age you are, and whether you’re too young to have seen him live, any Bolton fan will have seen that goal, against Ipswich Town in 1979, flicking the ball over the defender with his back to goal and then turning and volleying home. Frank would say he went on to score an even better goal shortly after that, but those were the days where only a select number of matches had any sort of TV cameras present for highlights, never mind live coverage.

That season he won the Golden Boot, the last Bolton player to be the top scorer in the top flight, and scored home and away as we did the double over Manchester United.

His off-field life was well documented, someone who enjoyed the glamorous side of being a professional footballer, there are already many stories and anecdotes doing the rounds about meeting him in nightclubs and all that stuff. Very much a maverick, he remained in the public consciousness, a lot down to that strike against Ipswich, and evidence of that was when the news of his death was fairly prominent on BBC Breakfast this morning.

“Frank was a really skillful player. He had a great left peg and really good skills on the ball and we always used to have a little laugh about the fact I used to all his running for him while he was doing all the show business bits.”
Alan Gowling speaking to BBC Radio Manchester

BBC RM Sport on Twitter: “”I flicked it on to Frank and he almost immediately hit it with his left peg over the goalkeepers head” Former Bolton striker Alan Gowling on playing with Frank Worthington and setting up THAT goal in 1979. More on @BBCRadioManc after 11am. 📱 https://t.co/QFp8LTeeCi #BWFC https://t.co/SpK7vKKFC9″ / Twitter

He was at Bolton for ‘just’ two years, but left his mark on the rich history of our club. RIP.