Thanks Alf, Never Quite The Main Man 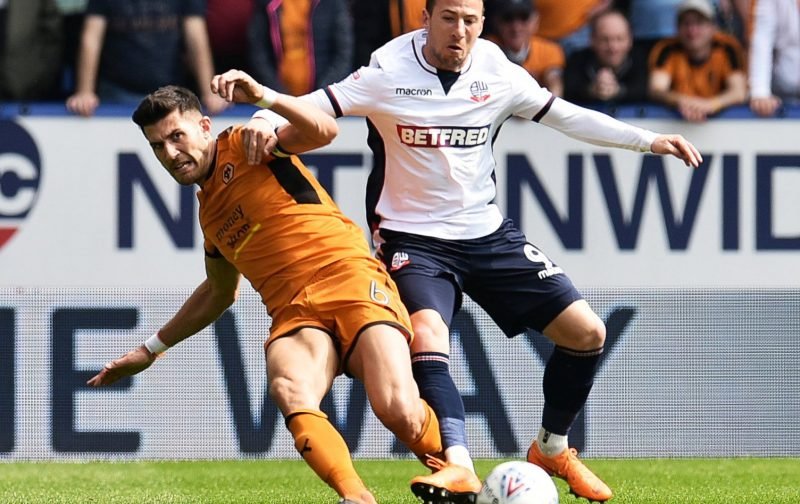 Adam Le Fondre is off Down Under. While not officially confirmed by either side, the striker is off to Australia’s top side. Wanderers put out a superbly mistimed statement out at half-time during last night’s cup tie against Leeds, confirming he had been presented with the opportunity of a lifetime.

Initially, it could have been that Bolton were pushed into the statement. It was early on Wednesday morning in Sydney, potentially note even hours from a possible announcement from the A-League champions. Rather than that though, it was Ken Anderson who took the blame, authorising the announcement after rumours had been circulating on social media. The timing is odd, it could have waited until the morning, but it’s done now.

It’s a shame, but not an entirely surprising call to let Le Fondre go. The man will be a hero at Wanderers, popular enough in his first spell, he then returned to help us to promotion, before finally signing permanently, arguably two years after we should have signed him up, where he would put in a masterclass of a performance off the bench to keep us up last season.

But Phil Parkinson never seemed to truly fancy Le Fondre as the main man from the looks of it. Not a target man, he either complimented Gary Madine, playing up front with him or sat on the bench when Madine led the line. After his departure and lack of a replacement, he did get to start alone up front regularly, even scoring some goals in the process. But against Forest, when the stakes were at their highest, Aaron Wilbraham got the nod to start.

This summer, Clayton Donaldson and Josh Magennis came in. Le Fondre just isn’t his type. But he’ll be remembered by all Wanderers fans and he’s at an age where it’s ideal to move to play in a country like Australia. All the best to him.