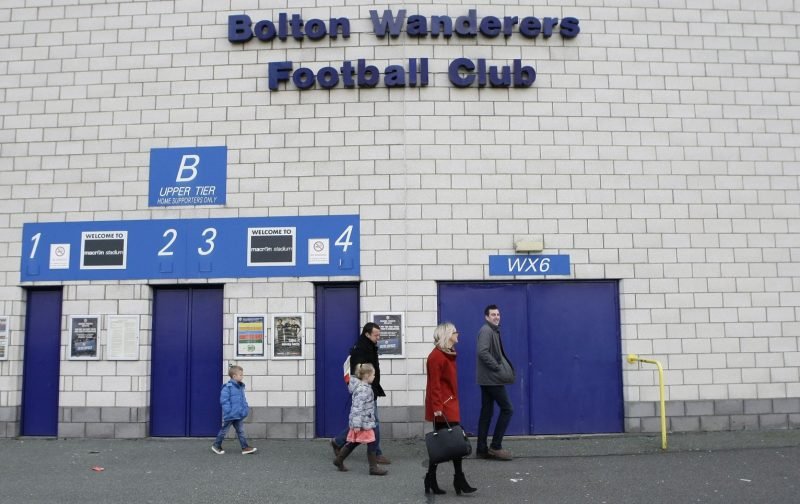 Neil Lennon is keen to add numbers to his Bolton squad during the January transfer window. But who will be going in and out of the door of the Macron Stadium before the deadline ends?

Six days into the January transfer window Wanderers are yet to add to their squad, but there has been plenty of speculation about players that Neil Lennon would like to bring in.

Having come through the Christmas football period with a dramatic Boxing Day win over Blackburn, an unlucky defeat at Huddersfield and an FA Cup victory over Wigan, the new Wanderers management are now keen to add strength in certain areas – namely a goalscorer and more creativity in midfield.

We’ll take a look at the likely, and not so likely, moves Lennon will be considering across the squad before the transfer window slams shut at 11pm on Monday, 2nd February.

The fine form of Andy Lonergan and Adam Bogdan’s impressive performance in the FA Cup at home to Wigan on Saturday have eased fears no end in the goalkeeping department. The biggest concern is that Bogdan may leave the club, with Lonergan having made the number one shirt well and truly his own in recent weeks.

Lennon has worked wonders to transform what was an at best leaky and at worst atrocious defence under Dougie Freedman, into a solid back four. Three months ago, after Bolton’s humiliating 4-0 defeat at Fulham, who would have thought that Bolton could possibly have kept four consecutive clean sheets between the November win against Huddersfield and the away win at Millwall in mid-December?

One area of slight concern, however, could be at full-back. Josh Vela has deputised superbly at right-back, but Kevin McNaughton seems to be permanently injured and there’s little other option in that position other than him. Across the pitch at left-back Tim Ream has generally impressed but certainly isn’t the best going forwards, and likewise lacks little in backup with Marc Tierney – remember him? – a constant long-term injury.

Additionally, rumours emanating about a potential move back to Middlesbrough for David Wheater, who is currently backup to the impressive Matt Mills and Dorian Dervitte, could see Wanderers dip into the market. Indeed, Wanderers’ move to bring 22-year-old Dutch centre-back Nick Kuipers on trial from MVV Maastricht this week may be a sign that an addition is in the offing. The 6ft 3in defender, whose contract expires this summer, sounds like an ideal replacement for Wheater, were he to move on.

Another possible move of sorts would be for Alex Baptiste to return to the Macron from his loan spell at Blackburn. Frankly though, any player who goes to Blackburn on loan and then has a whinge about his parent club should probably stay in Blackburn.

Lennon has been very public in his quest for a creative midfielder, especially with Chung-Yong Lee missing for several games at the Asia Cup. The addition of Eidur Gudjohnsen has added a dose of genius, but the Icelander isn’t capable of playing a full 90 minutes and lacks a little pace at this stage in his career.

One name that has been repeatedly linked with a move to Bolton is Kris Commons, who Neil Lennon knows well having managed him at Celtic. Commons, whose contract expires in the summer, would be an excellent signing for Bolton and has been out of favour at Celtic Park despite a man-of-the-match performance against Kilmarnock over the weekend – the only question is how much he would cost and the wages he would demand. But if it’s a possibility, Commons should be a surefire signing.

Another rumour doing the rounds on incoming midfielders is Marko Milinkovic – who Sky Sports today claimed is training with Bolton. If you’re sat there thinking ‘who?’ then you’re probably not alone, but the 26-year-old, who has one cap for Serbia, is available on a free transfer having recently left Slovan Bratislava. The left winger has scored 37 goals in 167 appearances since signing for Slovan in 2011, so he clearly has a decent eye for goal.

Several players have also been linked with leaving Wanderers, be it in January or at the end of the season. Club captain Jay Spearing has barely had a look in since Lennon joined the club, and the fact that he is on big wages could mean the end of his Bolton career, especially given the form of Darren Pratley and Neil Danns – both of whom are on the verge of signing new contracts.

Additionally, Keith Andrews has made it clear he wants to cut short his loan spell at Watford and is surplus to requirement at Bolton, so he is likely to move on before the end of January.

The forward area is somwhat of a cause for concern. Max Clayton is out for the season through injury, Jermaine Beckford was allowed to move on loan at Preston – and is utterly useless. This leaves the Whites with Craig Davies, who is just returning to fitness from injury, Emile Heskey who, like Gudjohnsen, can’t play 90 minutes and young Conor Wilkinson. The impressive performance of Zach Clough against Wigan, which culminated in a new contract for the youngster, will give Neil Lennon food for thought, but he won’t want to place all his trust in a 19-year-old debutant. Another in the ranks is now Tom Eaves, who today returned to the club from Yeovil but not without causing a stir on Twitter after he blocked several Bolton fans from seeing his timeline, so he could be on the way out.

Lennon will be keen to add a goalscorer during January, especially given Wanderers’ wastefulness against Wigan at the weekend. No strikers have been solidly linked to the club so it waits to be seen if Lennon can pull something out of the hat, especially as previous target Gary Hooper is now back in first-team contention at Norwich. Another name mentioned is Crystal Palace’s Glen Murray, who has an impressive record at Championship level but has struggled to get into the Palace side since his long-term injury and could be available on loan.

It seems a given that there will be new names coming into the club during January, and Wanderers fans will be excited to see if Lennon can work his magic before the window slams shut. Any business he does do is likely to be on a shoestring as we all know there’s very little cash to burn, so sell to buy could well be Lennon’s best, or only, option.