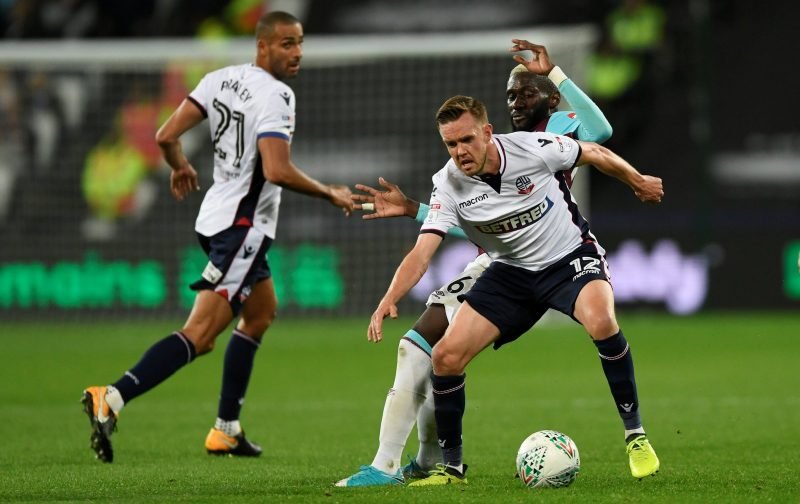 After the encouraging point at Ipswich last week, Phil Parkinson went with largely the same team, David Wheater came back in for the suspended Marc Wilson, but Jack Hobbs kept his place. The one surprise was Remi Matthews starting in goal – due to a knee injury for Ben Alnwick which is understood not to be serious. Meanwhile, Derby kept the same lineup from their win last weekend and their exploits at Old Trafford – which proved to be a mistake as they looked a bit tired, especially David Nugent who never really got into the game.

As for us, it was a dogged display and a deserved win. Will Buckley set up Craig Noone for the header to put us ahead in the 10th minute, and what followed was probably one of the moments of the weekend anywhere in football. Noone sprinted across to the West Stand to embrace Stephen Darby – you’d expect any club and any set of team-mates to do that, but it was still a lovely moment.

A win, an assists, a goal that’s all great but nothing makes us happier than a smile on your face, Darbs! Stay strong! #YouNeverWalkAlone pic.twitter.com/PpPNZlOa0e

Matthews was impressive, making a decent save, plus providing the long ball that led to Will Buckley’s cross for the goal. Jack Hobbs would be my choice for man of the match – he has had to wait but since he has been given the opportunity he has hardly put a foot wrong. We haven’t conceded a goal with him on the pitch.

Joe Williams looked very good in midfield once again, even if our overall possession stats were typically low, which did lead to a nervy end. The two Scotts provided the pantomime villain factor too, Derby goalkeeper Carson coming in for some stick while referee Duncan was trigger-happy with cards, yet didn’t give a penalty shout that looked just as bad.

We’re now just one point off the playoffs, in a very tight Championship mid-table.