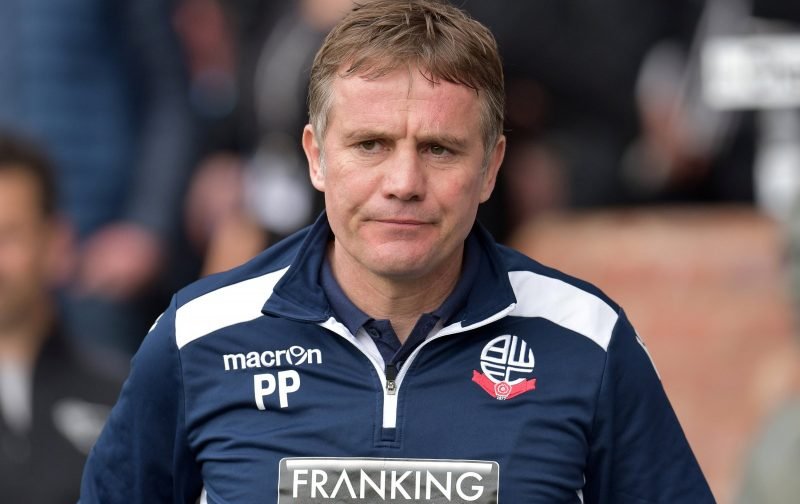 Bolton travel to the Bet365 Stadium tomorrow night in a less tense situation than the last time they visited. Six years ago we were relegated there, now we go there ahead of the Potters in the table and after Saturday’s win, we might have a couple of games to pick up some more points before the international break. That would be nice, no?

???? On camera. Manager Phil Parkinson sat down with https://t.co/oVVl0dtnLo to preview tomorrow's midweek clash away @stokecity. Here is a small snippet of what he had to say…

Ben Alnwick’s groin tear will mean Remi Matthews will be once again between the sticks for Wanderers. We could be unchanged unless one or two need a breather. Marc Wilson is back from suspension but we’d all probably prefer David Wheater and Jack Hobbs to keep their places. James McClean has missed Stoke’s recent games after breaking his arm with Ireland but could return tomorrow.

Benik Afobe, who had a disappointing loan spell for us back in the day, signed for Stoke in the summer and has four goals so far.

As mentioned above, this is our first league meeting against Stoke since the 2-2 away draw that relegated us from the Premier League in 2012. We did host them in a friendly last season, which we lost 2-1.

Bolton have failed to score in eight of their 15 Championship away games so far this calendar year, while they have drawn a blank twice in five games this season.

Hard to call but I reckon we can get at the Stoke back line and make it difficult for them. A score draw, probably a 1-1.