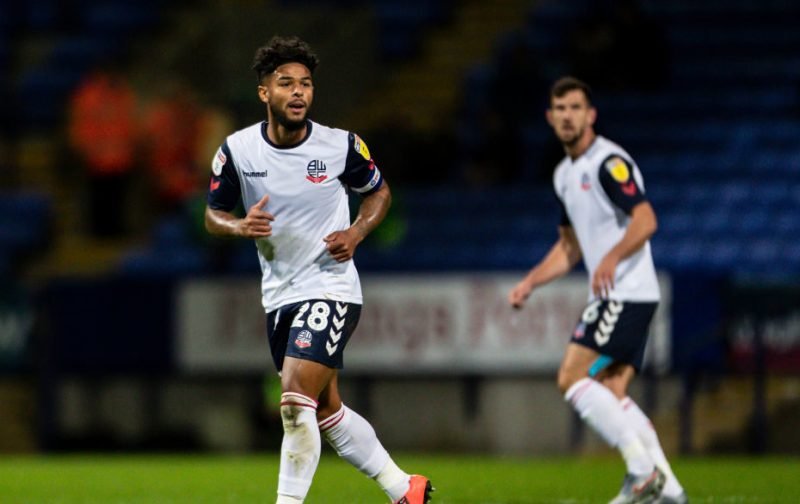 It was better. It wasn’t quite there, and we’d all like to see us win some games sooner rather than later, but that should come at this rate.

Bolton were a questionable handball shout away from a win against a good Sunderland team yesterday. We saw glimpses of what we saw against Oxford United on Tuesday night, it had to be a bit grittier due to the fact we were playing better opposition, but Liam Bridcutt again did just that in midfield, while Jack Hobbs and Jake Wright’s central defensive partnership continued to flourish, bailing out Remi Matthews when he made his one big mistake as Bolton try a very alien thing compared to the last few years – playing out of the back.

Further forward, Will Buckley played the centre forward role reasonably well, even if he looked as tired as anything at the end of the game, while Thibaud Verlinden gave Denver Hume the runaround to the point where the full-back was taken off at half time to prevent a second booking.

Wanderers could have led in the first half on two separate occasions as well, with Dennis Politic striking the post before Jason Lowe volleyed ever so narrowly wide. In the second half, Sunderland would have more chances, with Matthews pulling off two excellent saves. But things would go wrong toward the end. Wright had to come off with a hamstring injury, and Yoan Zouma would be unlucky one to fall foul of the new penalty rule, where you may as well amputate the arm of every defender before they start playing professional football. Aiden McGeady converted it and it meant we were denied a first win of the season, and to be fair to Sunderland, they probably did enough to deserve a result.

It was another good performance though. A point against Sunderland would be a reasonable result at any point of the season, but to get it while this team are in the embryonic stages of their development and gelling. If they keep this up though, wins will come.