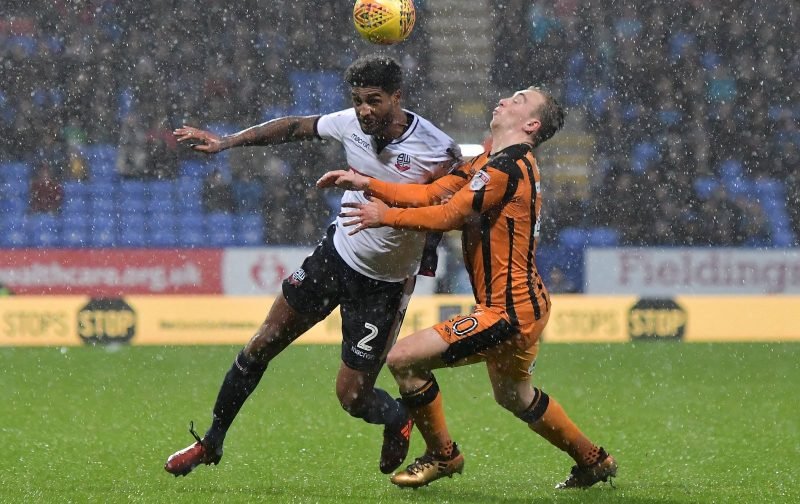 Mark Little became the latest player to leave Bolton Wanderers today (whoever is last out, can you switch the lights off, the administrators will appreciate it, thanks).

The right-back spent two seasons on loan with us after joining from Bristol City in the summer of 2017, and now he will head back to the same city, but next season will wear the blue and white quarters of Bristol Rovers.

Little was excellent in his first season, after eventually getting the nod over Stephen Darby he made the right-back berth his own, and provided one of the moments of that campaign when he scored a fine individual goal in November’s home match against Barnsley. But something seemed to change, and it wasn’t him but Phil Parkinson. Things weren’t helped by a sending off at QPR in the second half of that season, but towards the back end of the campaign he seemed almost not to be trusted, with Jon Flanagan somehow getting the nod, particularly when a back four was deployed, Little being preferred as a wing-back when that system was used. Maybe he was too offensive.

Pawel Olkowski came in last summer, and being honest, a peak Pawel Olkowski would be a better option than Little. But we didn’t always get that, particularly after the first couple of months of the season. Surely Little might get a go then? Don’t be daft, we had Jason Lowe to fill that berth, with Harry Brockbank and Callum Connolly also being preferred since March.

Maybe Little will know why he never got enough opportunities. Or maybe not…

He’s have done more than a job next season, there will be very few people happy to see him depart.